Last year the Chinese Panda coins were absent of a weight inscriptions on both silver and gold coins. The coins remained the same purity, weight and denomination as precious years. The removal of the weights from the coins was a big move in the bullion coin market. This year the Chinese mints have taken it 1 step further and are abandoning the the Troy oz measurement. 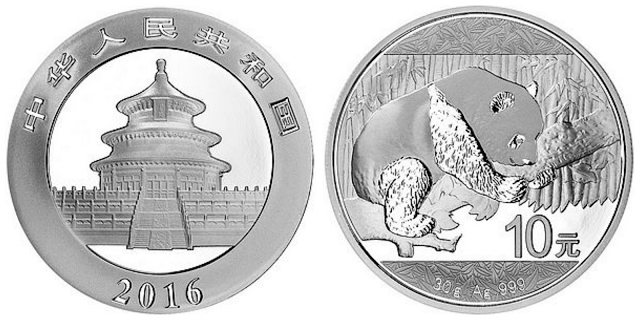 With 1.35 billion people, China has the world’s largest population. Its gold reserves are the fifth highest in the world and are currently valued at around £39.9 billion – a 60% increase since 2009. There’s no doubt that there is a healthy appetite for gold within the country, therefore it makes sense for them to go after the national market rather than concentrate on international sales.

The majority of the English-speaking world, including the US, Australia and the UK, use troy ounces when calculating precious metal prices. The UK’s A.M. and P.M. gold fixes are provided by the London Bullion Market Association, who also use the measurement. Furthermore, most bullion coins are issued in multiples or fractions of troy ounces as a standard. You could say the modern market is built around the troy ounce.

By altering the weight of the coins the pandas will no longer be in direct competition with those from the world’s leading mints, such as Britannias, maples, eagles or krugerrands. Whilst converting into troy ounces or grams isn’t a hard task (here at Chard we’re used to dividing or multiplying everything by 31.1035 – those six digits are all but branded into our brains) it could potentially put customers off. It requires some knowledge on converting the spot price into grams (or the coin into troy ounces) which the average investor may find off putting – people didn’t like changing from imperial to metric after all!

On the other side of the argument, are troy ounces outdated? When it comes to bars, or larger coins, we tend to use grams and kilos anyway. Sovereigns weigh 7.98g and contain just under quarter of a troy ounce (0.235oz) of gold. The weight doesn’t discourage customers, in fact, they’re probably our most popular gold bullion coin. What sets sovereigns apart from pandas though is the rich numismatic history which precedes modern standards.